the GMMG is more in-line with a 1.6 in terms of bass and sound stage albeit room specific.

And they're more than just a pretty face, it's got mundorf silver in oil caps underneath the hood vs the standard stock solens.

Problem is they don't get much air time in my house.

I was working overseas at the time and I wasn't sure how long I would work for this particular company (contract was annually). So from that perspective I wasn't sure that when I'd return I'd have enough money for an apartment, condo or a house. Also during that time Pete was kind of hinting he might stop doing the upgrades so I ordered the GMMG's just in case I ended up in an apartment or condo.

Well I ended up staying a little longer than I thought: over four years. During that time I bought a house and set forth with my original game plan of getting a pair of my dream speakers: MG20x's. Well 2-3 years went by and they weren't popping up online (they were, just not locally so I can audition them) but a nice pair of Duetta sigs did, in fact only about 30 min from my place. I was able to audition them and subsequently grabbed them while I was home on vacation.

As fate would have it about a year later a pair of MG20's popped up about two hours from my place. The guy was going through a divorce and wanted to unload them. I told him his price was too high and I wouldn't be able to audition them since I was overseas at the time.

Long story short, I got the 20's for an insanely low price plus a written guarantee they were in good condition. As an added bonus he drove them down and delivered them to my house. Having just gone through a divorce myself I kinda felt where he was coming from.

Well I didn't need two large speakers so I sold the Duetta sigs for almost twice what I paid for them. That was something I'd regret later because they really, really sounded incredible.

Well 8 years goes by and as luck would have it another pair of Duetta sigs pop up on my radar, this time only about 15 min from my house. Long story short again I now have all three: Duetta Sigs, MG20's and Gunned MMG's.

I have the GMMG's in the living room powered by my Emotiva's and the Duetta sigs powered by a Halcro amp in my den/dedicated sound room. The MG20's are also in that room.

I keep the GMMG's not only because they sound spectacular and are works of art, but also as a reminder that they'll fit any room 'just in case' I ever end up in a condo or apt. But I have thought of selling them since they don't get much air time. 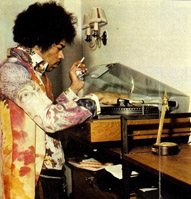