I have always been curious what these tube emulators were doing and finally took a peak. Here is what I found.

This tube emulator has 8 presets emulating different tube gear and is used in production track mixing. I thought it might be interesting to optionally add a "tube buffer" into the chain for a quick A/B.

I installed the VST plugin to JRMC, measured without (baseline = red bottom plot) and with each of the 8 preset configurations.

From the measurements, they add 2nd order harmonic distortion in varying amounts up to an additional 25dB depending on the profile selected as seen in the plot below.

They also play with the EQ profiles, volume and slightly shift phase by up to 60 degrees. 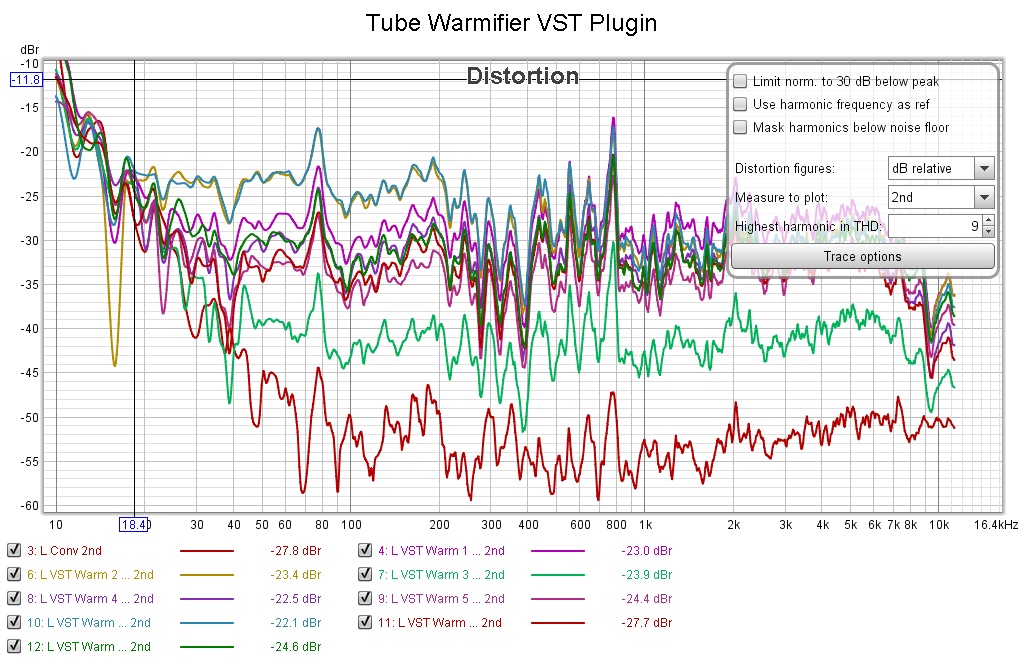 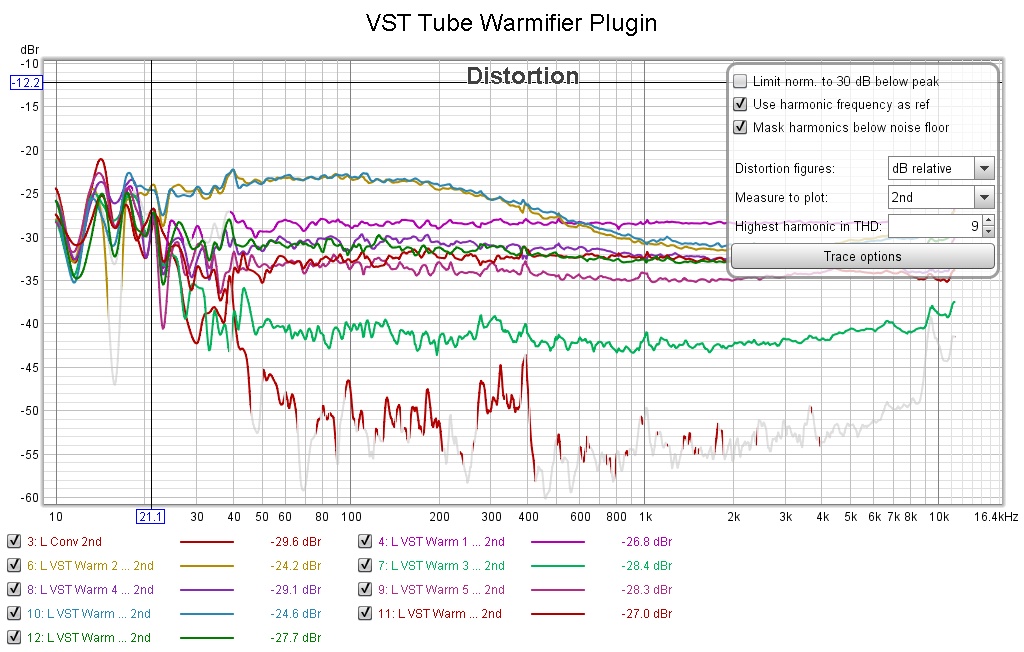