Setting up Audio in the Basement

Spent a bit of time with initial setup of my audio gear and TV audio in the basement today. TV audio is totally separate using the simple "Easy Button" Sonos ARC soundbar + sub. Turn ON the TV and it just works with no fiddling around - for the wife, but I'm liking it too.

Music & Roon Core reside on my Synology NAS in the utility room. Roon Remote on my iPad is mirrored to big screen. 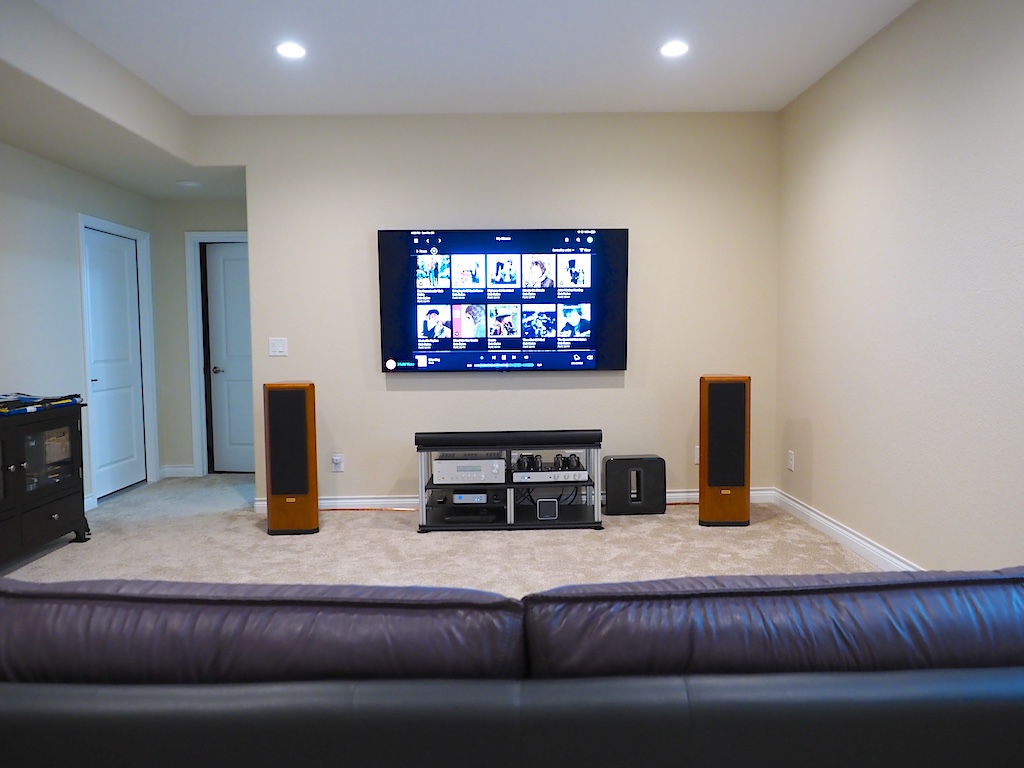 The microRendu streamer & small cableTV box are hidden behind the blu-ray player to the bottom left under the PS Audio DAC.

The small square device with silver trim on the bottom right shelf is a wireless doorbell chime from Honeywell. It rings LOUD
and flashes lights to alert me if anyone is at the front door. Decorating and room treatment? We'll get to that eventually.